This is my own personal archive. I will be filling it with stuff that is no longer relevent. Most likely the stuff currently on my User Page. I'm not one to delete stuff so I figure I will just archive it instead.

This is my User Page from my first year on the site. I took out my Personal Bestiary because it had to many Red Links. Plus it stopped being funny after the first couple of minutes after I posted it. If you could even consider it funny. 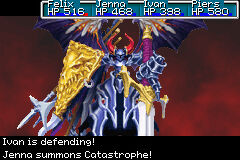 I'm Zabbeth, (real name Jeff Bamberger, I'm 18 and live in Michigan) for those wondering where I got the name from it was the original name for Planet Zebes in Metroid but it was called Zabbeth in a mistranslation, well actually it was called Zebeth but Zabbeth just sounds cooler. I started playing Golden Sun when it came out. Although it was my friends game so I never beat it. Then before I knew it they made a second one. I bought it and I must have played that game for 80 hours. Then I sold it along with my GBA a while later and didn't think much of it. But then the strangest thing happend. Super Smash Bros. Brawl finally came out. I was going through the songs and I noticed the Doom Dragon song. Right then and there I missed Golden Sun big-time. I went on Amazon and bought both of them. I found this Wiki for tips and I've gone to it every day since. Golden sun is suprisingly the only RPG I like aside from maybe poke'mon. I can't stand things like Final Fantasy. Although ever since the first time I played Golden Sun I've began to enjoy them alot more. I'd have to say I enjoy Golden Sun: The Lost Age alot more than the original though. Maybe because of the longer playthrough and the fact that it has a bit more depth. Oh... and the Sol Blade, I love that damn thing. I just hope we see a third game soon. I'm sick of waiting.

Sure, all the articles are stubs and poorly made but at least I'm doing something constructive. Besides, Mr. The Appreciator seems to periodicly check over my work. So if I do something wrong I can be sure he will fix it.

Currently I'm looking at the Wanted Articles part and writing what I know. Chances are they are going to need some revisiting by better writers but I don't mind. This is more or less a team effort. If you have any tips for writing better feel free to go to my talk page and put in some suggestions. This is the only wiki I edit so I would like to get better at it. Also I've noticed that if I just half-ass an article some one comes along and does a better job. I think it's just my way of bringing up topics. I see a Red Link, click on it and start writing just a tid-bit. Two minutes later some one else fixes it and it looks awesome. Don't get me wrong I'm not complaining, I like the way this works. It's like a heads-up. Just doing my part I guess. 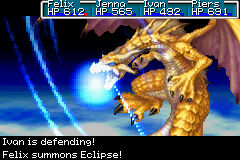 It seems alot my time lately has been used to De-Stub articles that really should not have stubs in the first place. Mainly I'm adding walkthroughs and tid-bits of information that should have been there in the first place but were left out for some unknown reason. I'm also trying to learn how to upload images but to no avail. Maybe I should leave that to the professionals. Right now I'm admiring the work by Erik and HungryPaperweight and learning most of my stuff through they're work. So I'd like to say thanks to them. I'm trying to edit better and make way to the top 7 right now. Hopefully some one will be admiring my work someday. Although I don't think I'll ever make to number one. I don't like typing that much. And I don't feel like making 4,000 edits.

I just got done helping HungryPaperweight with the naming orgins on all the Djinn. Although actually he helped me. Thats the most work I've done in a while. And I'm pretty sure I'm all out of walkthrough information. I think now I'm going to try and do Bestiaries. I've done a few but they always had to be fixed later on. Although, like always, I'm getting better. Another thing that's great is that after I do about 25 more good edits I make it to the top 7. Thats going to be awesome. I'll do my best.

I've done all I can here. I now spend most of my time at Wikitroid. I drop by every now and then but never stay that long. I'm still waiting for Golden Sun 3. When that comes out I shall be back with a vengance and I shall edit up a storm.

Some thoughts for the future of the Golden Sun franchise. Personally I'd like to see a sequel for the DS that picks up about a year after The Lost Age that has Alex out to kill Isaac for the rest of the power of The Golden Sun. At the same time I'd like to see a prequel in the form of an MMO for the Wii. I figure the Wii Remote and Nunchuck could serve pretty well for a mouse. Just my opinion. Although, knowing Camelot Software Planning the next game might not even be called Golden Sun. It might be called something like Silver Moon seeing as how appearently Nintendo owns the rights to both names. Just an idea.

I just joined that Temple of Kraden thing but so far I'm completely lost. Oh well, I'll figure it all out in due time. But If any one would like to help me, just hit me up there.

NOTE: Never mind about the help thing, I know what I'm doing now. I love that damn site.

Something Much More Else[edit | edit source]

Does anybody else consider the whole Featured Users thing flawed? I'm mean hell, I've been working my way up the charts mainly by editing my own profile. Of course I do more than that. But I bet I could be #1 on the chart just by posting a bunch of crap on this page. Don't worry, I won't do that. I'm just saying, I think it's a little weird.

This is my Sandbox. I do stuff there. Sort of.

I Like the Mercury Adepts but some of the Mercury Psynergy is really weak. But the real reason I chose Mercury is because of the ice attacks. I always thought it would be cool to freeze people solid like Sub-Zero. Although I really like the Diamond Berg move. Oh and Odyssey is pretty cool. My favorite Summon would easily have to be Catastrophe. Just the way it looks is so badass. My favorite Djinn is Geode, I really like the way that attack looks. I use to really like Alex but then I looked at his picture and saw that his main weapon was nunchucks. How can you be a total badass when all you have is nunchucks? I guess that's why he relies on his psynergy so much. I also really hate Fan Fiction, I say leave the story telling to the people who created the story in the first place. On a side note I love song 93 in the Sound Test mode of The Lost Age. I don't know why I love it so much but I do.